Established in 1956, Salgaocar Football Club (SFC) is a professional club based in Vasco da Gama,
Goa. From winning the Goa Second Division League in its debut season, Salgaocar FC has won the Federation Cup on four occasions
(1988-89, 1997 and 2011), the National Football League (later known as the I-League) on two occasions (1989 and 2011). The Club has
also been the winner on several occasions at other prestigious national tournaments including the Durand Cup, the Rovers Cup and
many more. It has won the Goa Professional (Premier) League over 20 times since 1960.

The Club ensures that beyond football training by highly qualified coaches, overall development of a player takes place, working with
nutritionists, physiotherapists, psychologists and fitness experts. In 2016, on the occasion of our Founder’s Birth Centenary and the
Club’s Diamond Jubilee “Footprints in the Sand: History of Salgaocar FC” was released.

Our contribution to the evolution of
football in Goa 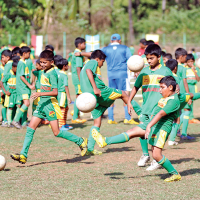 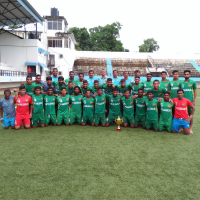 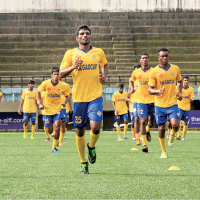